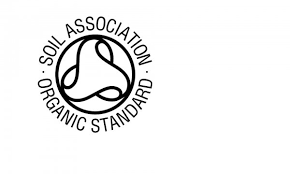 Leaving aside the potential impact of organic farming on the environment and looking at it from a purely nutritional perspective, there are a couple of key points to consider when deciding whether or not to chose organic food.

Firstly, most studies show that the nutrient content of non-organic vegetables, fruit and even dairy products is similar to that found in organic versions.  So, in this area, the case against it does not always stack up.However, it is true that organic food has lower levels of pesticides, hormones and other chemicals.  This is the reason why some people chose organic where they can.  These chemicals are tested individually, but we eat dozens of them over the course of a week. The long term safety data on this chemical cocktail is not looking great.

The amount we are ingesting is increasing as they become more prevalent.  Chemicals thought to be safe are often subsequently banned as evidence of harmful effects longer term emerges. One good example is the mounting evidence against the herbicide Roundup, whose manufacturers have just paid up $10 billion in relation to claims it causes cancer.  A recent large study in France showed a lower incidence of cancer in those eating more organic food.  And by in large, it makes sense to avoid eating too many chemicals or additives where possible.  But there are a few caveats.

It is likely that many people choosing organic food may already be making healthier food choices. This may be why their health outcomes tend to be better.

These days, you can buy an organic version of almost everything. You are kidding yourself if you think that eating  food that is highly processed is a good choice. Organic jellies are going to have just as much sugar and benefit your health just as little as non-organic jellies!

Organic options can also be expensive or hard to come by, so may not be for everyone.

Luckily in Ireland much of our food is much less heavily sprayed and intensively farmed than in other countries.  For example, strawberries farmed in some countries like the USA are usually at the top of the ‘chemical cocktail’ list and farm workers may need to wear full hazmat gear when spraying or even harvesting the fruit, which is not ideal!  But that is a world away from our own fantastic Wexford strawberries.  These are typically grown using much fewer pesticides and chemicals.   Irish cows spend most of the year outside feeding on grass, which is a world away from more intensively reared dairy herds in other countries.

The overall message is that where it is a viable option for you, it is probably a good idea to include at least some organic choices.  An easy way to do this is to sign up for an organic fruit and veg box.  Two we can personally vouch for are the new boxes from The Hopsack and Green Earth Organics,  Otherwise, choosing Irish produce where you can is a better option than produce that has been more intensively and potentially more chemically farmed elsewhere.

Tips to boost your energy or get to the root cause of your fatigue, from Heather Leeson on Virgin Media Weekend AM