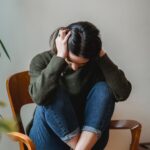 Headache disorders (of which migraine is one) are among the most common disorders of the nervous system and it has been estimated that almost half of the adult population have had a headache at least once within the last year. Given the year we have just had however this figure may be considerably underestimated.

Migraine can be an extremely debilitating disorder to live with and is more common in women. This is usually by a factor of about 2:1 due to hormonal influences.  We usually associate migraines with a decline in oestrogen and the withdrawal of this hormone at the end of the menstrual cycle or on the pill-free week of the oral contraceptive.  Oestrogen has effects on the vasculature and also on neurotransmitter and pain reception which can makes things worse.  However, initial development of migraine is commonly associated with high levels of oestrogen and for some people first presentation occurs in pregnancy. There are also hypotheses that this is related to the genetics of oestrogen metabolism and/or oestrogen receptors.

So for migraine sufferers it’s even more important to promote hormonal balance as much as possible. Yes, hormones will rise and fall during your cycle but the higher they rise, the further they have to fall.  Read more here about how to balance hormones naturally so that period of withdrawal is not so severe.

Hormones are a complex web and are all interlinked. Stress has a major impact on hormonal balance and stress is always something we will look at in clinic as an underlying cause or contributing factor in migraine.  We often use DUTCH testing to assess overall cortisol output and pattern.

For some migraine sufferers there may be a link to their digestion. Our digestive tract is home to 80% of our immune system and much systemic inflammation can be triggered at this site. Inflammation is a key pathway involved in migraine headache, pain and other symptoms. The gut brain connection is very important. A number of hormones and neurotransmitters which play essential roles in the brain are produced primarily in the gut. The gut is referred to as the ‘second brain’.

Imbalances in our microbiome are connected with inflammation and production of molecules that cause blood vessels to dilate. If these blood vessels are in the brain, this can be another major pathway in migraine.  There is also a link with increased migraine and Small Intestinal Bacterial Overgrowth or SIBO and Helicobacter Pylori infection.  There is significant ongoing research into the connection between our microbiome and brain health, including migraine.

A number of dietary triggers have been shown to promote a migraine attack in susceptible individuals. Eliminating these foods, in addition to identifying other individual triggers may, therefore, help to alleviate migraine attacks in some people. These triggers include:

Critical nutrients like magnesium and B vitamins may be helpful for migraine. B2 specifically has been shown to impact the vasculature and energy production in the brain, albeit in particularly high doses.  We generally recommend a B complex because B6 is  also useful for PMS and hormonal balance and B5 is also important for stress. All the B vitamins work in concert together.

70% of people consuming a ‘western’ diet do not get enough magnesium.   Best sources are nuts and seeds so aim to snack on these daily or add to yoghurt, salads or breakfasts.  Discuss a magnesium supplement or testing with us if you feel you may benefit from higher levels. If you would like more information about the services we offer please get in touch.

January is always hard to face and with current news, it feels even harder this year. Food and lifestyle can have a profound effect on our mood and wellbeing and it does not need to cost a fortune or take a huge amount of effort to start reaping some benefits.  Watch Heather share tips on Virgin Media Weekend AM or read more.

Whether getting ready for kids to go back to school or to get back into the office yourself, you may need some lunchbox inspiration.  Check out our healthy lunchbox handout or watch Heather in action on Virgin Media Weekend AM