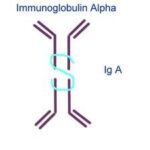 Immunoglobulin A (IgA) is an antibody playing a critical role in immunity. In its secretory form, sIgA is the main immunoglobulin found in mucous secretions and provides protection for us. The antibodies are proteins that our immune cells make to fight off bacteria, viruses, and other harmful invaders.

We have been running comprehensive stool testing for many years now and the advances in technology just keep getting better and better. Invivo’s GI EcologiX is the latest example.

The technique used to examine the microbe populations looks for the presence of DNA rather than relying on the growth of the microbes under laboratory conditions.  Gut microbes live in a very different environment to that which is replicated in the lab.  Many of the bacteria simply will not grow in the presence of oxygen for example. This test acts more like a forensic detective, even traces of DNA are identified, amplified and accurately quantified.  This is cutting edge technology and completely surpasses other stool tests.

We discussed calprotectin as a marker of inflammation in a previous post, you can read that here and all about parasites and pathogens here.

sIgA is a tough cookie and can survive in rough terrain such as the GI and respiratory tracts. As sIgA is the first line of defence against bacteria, food residues, yeast, parasites and viruses it is a protective mechanism we want to be neither too high or too low.  The body’s mucosal surfaces such as those of the nose, throat, eyes and gastrointestinal tract are a large point of entry for various pathogens and need to be on alert, but not too much….

sIgA production can be affected by a number of diverse factors including stress, high emotions such as frustration and anger, nutrients, beneficial bacteria or yeasts, pathogens and inflammation.

One of its key functions is to bind to invading micro-organisms and toxins and entrap them in the mucus layer and firming escorting them out of the body via the stool.  sIgA also ‘tags’ food as acceptable, so low sIgA may lead to sensitivity to certain foods – often by supporting sIgA these sensitivies can be improved.  This is getting to the root cause much more than running food intolerance tests. Such a test may confirm you are reacting to a food but it wont tell you why.

High levels of sIgA production however,  may indicate an infection of the digestive system. This increase means the immune system in your gut is upregulated and trying to fight it off. The protective army is on red alert.

Who may be deficient ?

High levels on the other hand occur in patients with chronic infection , parasites or yeast overgrowths.

Clinical considerations include the beneficial yeast Saccharomyces boulardii to increase levels.  Vitamins A and D , colostrum and beta glucans from mushrooms may also support the immunity of the host.

If you would like nutritional support,  or advice about testing, call us on 01 4020777 or book online now

As restrictions loosen and the summer allergy season kicks off, Heather shares her tips on supporting your immune system on Ireland AM.

We know how important sleep is for health and wellbeing.  However, many of us struggle to get enough. Watch Heather share sleep tips on Ireland AM.

Want to do your bit for the environment while eating healthily?  Heather Leeson shares her top tips on healthy and sustainable eating on Virgin Media Weekend AM