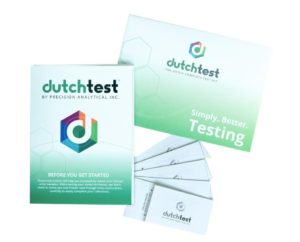 Stress can have a profound effect on our emotional and physical well-being, affecting everyone at some point and causing symptoms including weight gain, depression, digestive problems and many more. Continued imbalance of stress hormones can wear the body down, triggering chronic fatigue.

A powerful, precise and non-invasive assay, the adrenal stress profile serves as a reliable marker of the stress response and is a critical tool for revealing adrenal imbalances that may be subtly or dramatically influencing your health. The is a urine test which accurately reflects the levels of hormones by detecting the free fraction (bioactive) component of those functions at a cellular level. The adrenals are responsible for the secretion of the body’s major stress hormones, cortisol and DHEA. These hormones are not released constantly throughout the day, but are secreted in a cycle called the circadian rhythm, with the highest values being in the morning and the lowest at night. It can be helpful to assess this pattern, which can often relate to times of fatigue or lack of recovery during your day.

This test has been updated in recent years however to provide even more information. One of the reasons we now use dried urine samples instead of saliva samples is that we can also test the overall cortisol production for the whole day by measuring the metabolites or breakdown products. This was previously unavailable in saliva testing and gives a much better insight into the overall adrenal function and a measure of your resilience to stress.

What Causes Stress?
Factors that may contribute to stress include negative dietary and lifestyle habits (including over-consumption of stimulants such as sugar and caffeine), excessive exercise, injury, bereavement, marriage, divorce, debt, attitudes such as perfectionism, obsessive-compulsive behaviours, shyness, insecurity and also isolation and loneliness.

There are three stages of stress, which are commonly referred to as adaptation, resistance and exhaustion. Any physical or mental trauma will trigger an immediate set of reactions. The body releases adrenaline and a variety of other physiological mechanisms to combat the stress and stay in control. This is called the ‘flight or fight response’ and is an inherent survival mechanism. Once the cause of stress is removed, this process should normalise, but if the stress factor is not removed, over time the adaptation stage will begin. When this phase persists without periods of relaxation and rest, sufferers become prone to fatigue, concentration lapses, irritability, lethargy, increased infections, reduced libido and vitality, among other things.

The third stage occurs when the body is depleted of its reserves. Symptoms of this stage include many of the above, with worsening severity leading to progressive mental and physical exhaustion, depression, illness and collapse. In this way, instead of a stress-causing event being the problem in our health, it is our inappropriate stress reaction itself which persists beyond the event and becomes more harmful.

The importance of balanced stress hormones

If you are interested in functional medicine testing: please contact us at clinic@glenvillenutrition.ie or make an enquiry online.  We have a number of different tests available and it is most helpful, and cost effective, to carry out an initial assessment with your Nutritionist before testing.  This test is often combined with the DUTCH test for dried hormones.